skip to main | skip to sidebar

The Whitmore Academy - My experiences - 2009 UPDATE

If you reached this Blog from a website designed to slander me - claiming to be "the truth about me" however offers twisted truths and outright lies - take the time to learn about this group of former institutionalized people. Click Here and follow the other links on their pages. Sadly these people were formerly in programs and didn't have good experieces, however it doesn't eliminate the fact many have fantastic and lifesaving experiences. Or you may have reached it after a teen help "sales rep" is attempting to discredit me in order to debunk my story and my legal victories. (Maybe to convince you to place your child in one of their programs?) - May 2009

The Whitmore Settles - but Doesn't Lose

As the owner and founder of Parent's Universal Resource Expert's (PURE), I have visited the Whitmore Academy and Mansion on several occasions. Each trip was more exciting and more amazing! The owners of the Whitmore, Mark and Cheryl Sudweeks, are people that not only ran the school, they lived for the kids and loved their work from the deepest part of their hearts. It was obvious from the moment you set foot on their campus - a feeling of comfort and warmth.

The radiance that the Whitmore had could be felt the minute you walk through the front doors of the mansion. It is a sense of peace and serenity. Mark and Cheryl have literally helped hundreds of families and kids in over 30 years and never an allegation of child abuse or neglect. Families are still in touch with Mark and Cheryl today - they remember who gave them hope and direction at a time of darkness. It was the love of the The Whitmore Academy that changed so many lives!

Yes - that is what The Whitmore gave to so many families for so many years......

So when I heard of the claims of abuse - I immediately looked very closely at this - contacted many of the families that had been there in previous years as well as current parents. I heard a consistent story of a disgruntled mother that was angry that her daughter may disclosing too much about their home life. As a parent that had a daughter that went through a difficult time, I understand these kids can "tell stories" - but if you know the story is false - you have nothing to worry about. Not in this case - it seemed this mother had something to hide.

I then spoke with the Attorney Generals office and found out they had no findings, however it was true the mother was constantly calling and complaining. After interviewing kids and parents, there still was nothing. Except this mother that wanted to cause trouble to keep her secret from coming out.

At this point I was satisfied that the mother's complaints were unjustified. Furthermore, it was told through one of the kids that the mother was offering money to the kids to make up stories about Mark and Cheryl - this is hearsay - but it was making sense to me. Obviously, this mother was desperate to keep her private life private.

Ironically, I knew this mother and actually gave her the Whitmore and another program to consider for her daughter. Unbeknownst to me she dropped her daughter off at the Whitmore while Mark and Cheryl were out of town. From what I understand, she was desperate to get rid of her daughter - although the Sudweeks asked if they could wait until they were back from a trip - the mother could not. So the Sudweeks had their daughter meet the very young teen at the Mansion and bring her to their trip.

Now, this got me thinking - what was the rush? It was almost like the mother had a party to get to or something. Shortly there after is when the trouble began. This little girl had stories to tell and it seems the mother didn't want these stories disclosed.

Now I wonder what that secret was that the daughter had about the mother? If it was a lie the daughter was telling or manipulation, then the mother would have nothing to worry about - right? But is seems there was more truth than not to the story.

No matter what it is/was - all of this lead to a civil lawsuit instigated by this mother, and she got others to join (it is hearsay she may have offered them money or promised they could get a good settlement - make money off this lawsuit), but as soon as she found out she would have to be deposed - and probably EXPOSED - she withdrew from the lawsuit!

What a mess - in the end - the most beautiful program to help families is closed since it has to handle the legal mess this mother caused, in my opinion, rather than tending to the hundreds of families it could be helping.

I have been criticized for standing by the Whitmore - but I assure you, I had a daughter abused in a program, I would never place a child in any danger after what I have been through.

There will be a detailed investigative report coming out soon, and I am confident you will come to the same conclusion. It is a shame such wonderful people like Mark and Cheryl Sudweeks has to endure the wrath of this vindictive person.

As a footnote: There was also a criminal lawsuit that was filed against the Whitmore. The state indicated they did not have the evidence needed to prove abuse or to prosecute the Sudweeks. They entered into a plea agreement with the Sudweeks in an effort to resolve the case.

Disclaimer: This blog does not represent or endorse the accuracy or reliability of any of the information, content collectively, contained on, distributed through, or linked, downloaded or accessed from any of the services contained on this blog. The information in this blog is based on interviews with victims and parents, information from government officials, and lawyers. None of the contributors, sponsors, administrators or anyone else connected with this blog in any way whatsoever can be responsible for the appearance of any inaccurate or libelous information contained in this blog. All information provided using this blog is only intended to be general summary information to the public.
Posted by Unknown at 3:59 PM

A place for positive change! 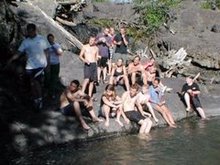 Cheryl Sudweek (Owner of The Whitmore) 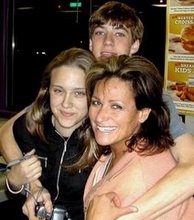 Taking the kids for ice cream.... 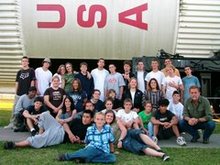 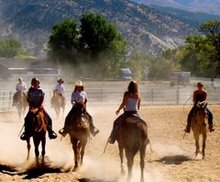 All About a Positive Environment

Horses were a part of The Whitmore

that helped many teens through difficult times.

Many kids and parents I have spoken with described this mother as a cartoon character familiar to many of us, Cruella De Ville. So decided to depict her in that manner. This is all a matter of opinion, however the parents and kids had first hand experiences with this person - and the Honker Girl website shed the light.

Students have described this mother with a SECRET 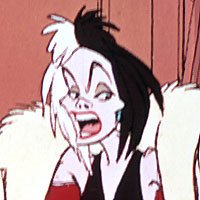 Cruella - Running from who she REALLY IS!

Patti Atwoods? Judy Browne? Donna Ware? HONKERGIRL! What is she hiding from? 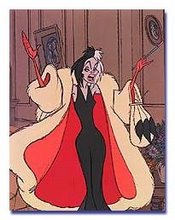 Her emails are telling....